Elise Lalique, UX and product designer at OSS, explains the unique product design and development process and why the mission and the team spirit at OSS motivates her. 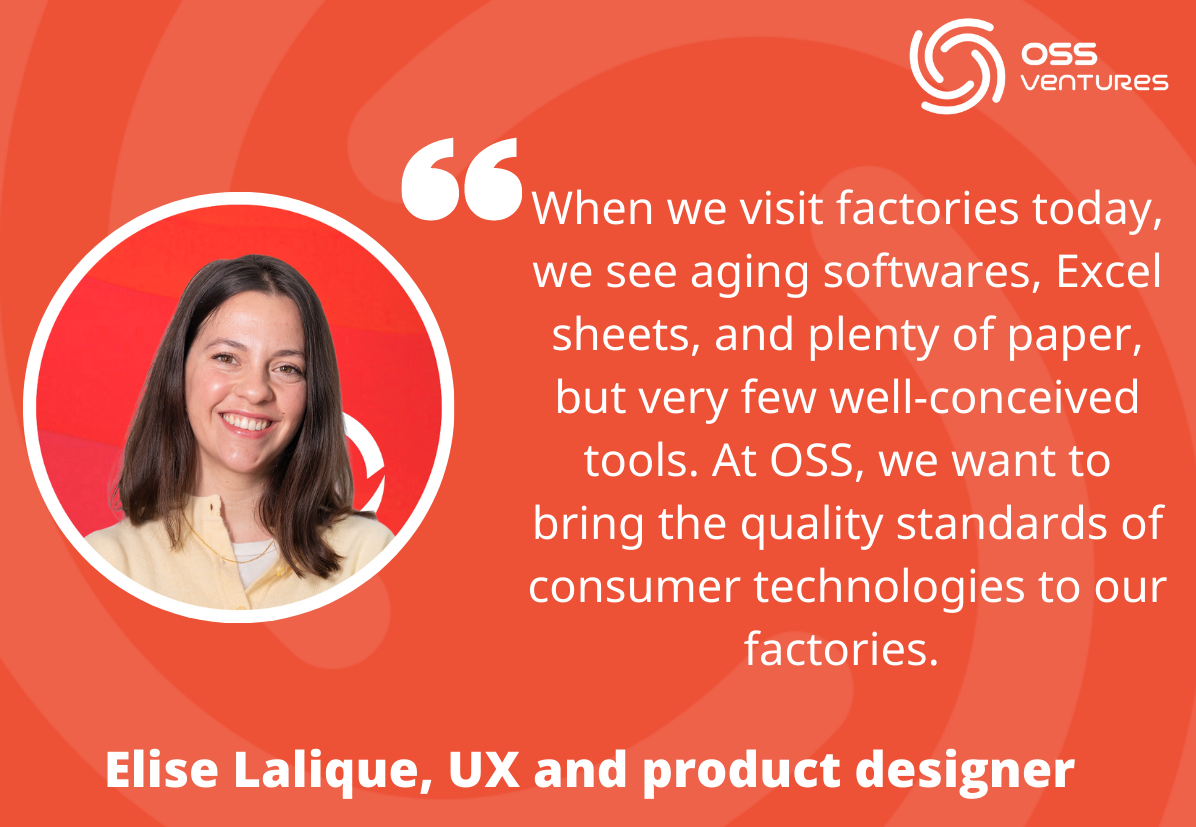 Product design is key at OSS

If anyone’s role at OSS is misunderstood, it’s our designer, Elise.

You may think she’s our in-house graphic designer, or she just makes things pretty, but in fact she’s essential to the product iteration process at OSS. As a UX and product designer, she aids product managers and co-founders in the process of conceptualizing and creating a start-up’s product until the MVP, the first version of the marketable product, has been designed.

Specifically, there are three steps in the product iteration process.
‍

The OSS team and founders visit factories to observe and talk with technology users to understand the barriers they face daily on the shopfloor.

The team and the contractors reflect on possible solutions to the obstacles they discovered while conducting the user research.
‍

In collaboration with OSS project managers and contractors, Elise builds a prototype for a possible solution to the users’ problem, which is then tested in the factory with users to see what works and what doesn’t work.
‍

At the end of Step 3, if the solution isn’t sufficient, the team and the entrepreneurs loop back to Step 2 and continue through the same process. In the end, after enough iterations, the solution developed will become the product with which the entrepreneurs launch their business. Elise compares this loop between Steps 2 and 3 to an attempt to untangle a bag of knots little by little, until the team finally finds the thread that disentangles everything.

A dynamic and collaborative environment

More concretely, in her daily life, Elise is nearly always on the move. Together with the project managers and entrepreneurs involved in the current project, she visits a factory in the morning, where they test the solution (normally the screen prototypes) created the day before. Then she returns to the OSS office to iterate a new prototype with the team that takes into account the tests they just finished in the factory.

Clearly, the job of a designer at OSS has nothing to do with making things pretty. Elise observes that making a software look pretty is similar to putting the last coat of paint on a house. But during the construction of a house, the paint is not the most important part (even if it does make a big difference). Changing the paint is easy, Elise points out. On the other hand, if the house is not well organized, if you have to go through the bedroom before arriving at the kitchen, the house is simply unlivable. When OSS iterates a product with the startup founders, Elise ensures the organization and foundation are in proper order.

Although Elise designs software, she has not always worked in tech. Before joining OSS, she worked in a media agency where she created digital products (usually for B2C businesses) and then in the public service sector, making OSS her first experience in both tech and exclusively B2B sales. The change in sector and target gives her multiple advantages. First, developing products for startups freed her from the grind of client requests. Secondly, she works in a rapid, highly efficient manner thanks to OSS’s process. Finally, the extensive user research Elise and the team conduct creates a very strong link with the product’s end user, which means Elise can design a product she knows will relieve pain points the user struggles with on a daily basis.

But since the pace of work is very fast, Elise points out that the quality absolutely necessary for a designer at OSS is the ability to adapt. An OSS designer must adapt to the learnings from product tests and user research, but also be ready to change projects entirely several times a year, according to her. As soon as the founders have a viable product, even if it is a very basic version, Elise is on to the next thing.

The process is not without its frustrations. But Elise maintains that all the effort is worth it because of what the OSS team accomplishes: bringing smart and flexible technologies to factories and allowing them to progress to the 21st century, where they should be.
‍

Our mission: Take operations to the next level. 🚀 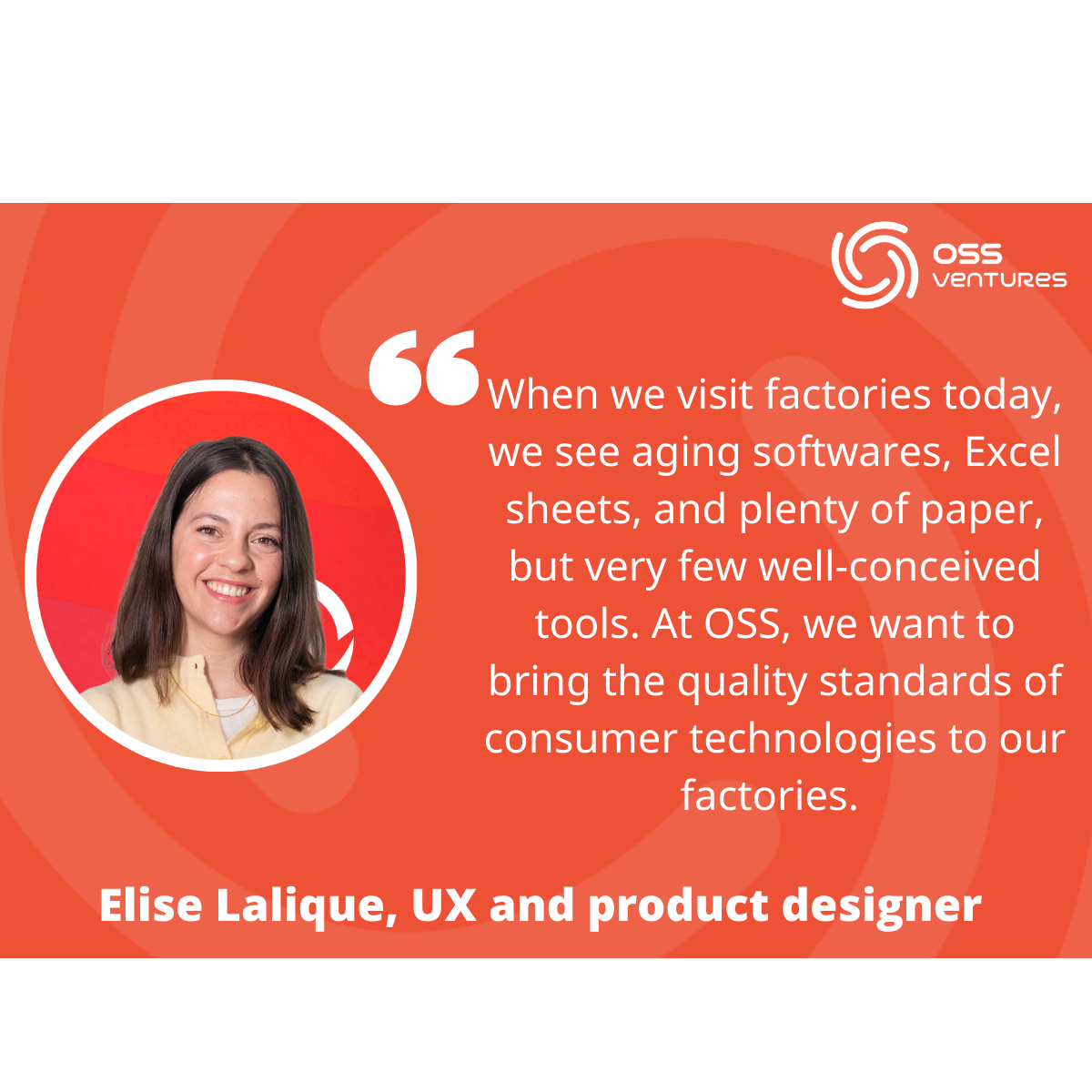